You are here:Home > Press > Industry 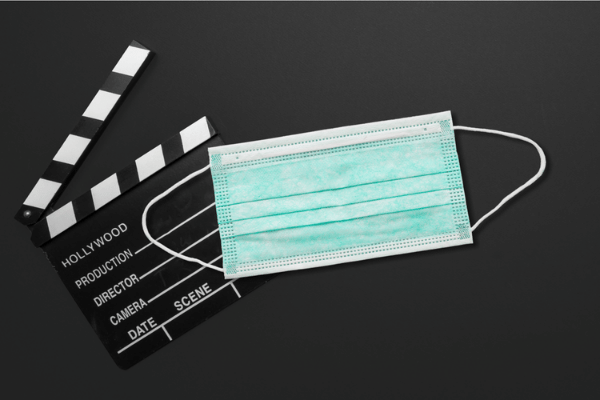 The world’s largest media localizer by revenue, SDI Media, is somewhat restricted in what it can share with regards to financial results. This is because its majority owner, Japan-based Imagica Group, is a publicly-traded company. Not only that, Imagica also has a different reporting calendar from SDI Media’s, which governs what information SDI can release and when.

Given that SDI has now had more than six months of trading since these results, Slator contacted SDI Media CEO Mark Howorth to find out how the business fared in the first half of 2020.

For reasons already mentioned, Howorth was unable to share fully updated figures for SDI, but gave Slator an exclusive, in-depth interview about the operational and business impact of coronavirus, and discussed his outlook on media localization for the months ahead.

For context, Howorth said that SDI generated USD 110.2m in the six months to March 2020, which represents a 5.5% increase from the same period the year prior. Earnings grew “in the double digits” during this period, he said. In short, business was faring well before the pandemic hit and “it was only in the second half of March that our dubbing deliveries were impacted,” Howorth added.

By contrast, Howorth said that the numbers for SDI’s Q2 (March to June 2020) “will show a significant impact from COVID, with revenue declines that could be 20% or greater and negative earnings.”

Despite these three bleak months, Howorth confirmed that “Q3 2020 is showing significant recovery from Q2, driven by strong dubbing activity to address the backlog due to the Spring closures, though offset by weaker than anticipated subtitling and a very weak theatrical business.”

His overall expectation for the year to December 2020 is for a 10–15% drop in localization revenues from 2019, although “we are also anticipating a very strong 2021,” he said.

Discussing the impact on the business, Howorth said they have “been forced to make significant reductions in our cost structure and capital expenditures to make sure that SDI can emerge from the pandemic as a viable entity.”

“These are very tough decisions, but our employees understand that we are all sharing the pain.  Most of our hourly staff saw their hours decreased and our entire senior management took pay reductions,” Howorth told Slator.

“These are very tough decisions, but our employees understand that we are all sharing the pain.  Most of our hourly staff saw their hours decreased and our entire senior management took pay reductions” — Mark Howorth, CEO, SDI Media

SDI’s smaller competitors have not been exempt from pressure either, according to Howorth, which is likely to drive more rapid consolidation than observed before the pandemic “as the economic pressures are now even greater.”

Howorth also discussed the operational impact of coronavirus for SDI in detail, saying that their European dubbing facilities had been forced to close between late March into early June, resulting in “very low” deliveries during what Howorth described as a “very frustrating” time.

When in-process projects were halted, he said they “had over 400 people with no work to do. We made the hard decision to make sure that most of our people were still compensated during that time, with a target take-home pay of 75% of their normal compensation.”

It wasn’t plain sailing when dubbing studios eventually reopened, and there were challenges around dealing with pent-up demand. “Since our voice actors work for all other dubbing vendors, it became an interesting optimization challenge as all of us were facing the same constraints. We are fortunate that our customers and competitors have been so understanding as we all cleared the “log jam” of dubbing in the last few months,” Howorth explained.

“We made the hard decision to make sure that most of our people were still compensated during that time, with a target take-home pay of 75% of their normal compensation” — Mark Howorth, CEO, SDI Media

Unlike dubbing, subtitling remained operational throughout the crisis, Howorth said. The task of moving 1,100 of SDI’s 1,500 employees to home working was done quickly thanks in large part to the “herculean effort by our technology support staff,” he said. Nonetheless, “overall subtitling volumes have been slightly lower during the crisis, driven by slower activity on the part of our customer’s business.”

PPC, a film marketing business that SDI acquired in 2017, is run as a separate business unit handling movie trailers and marketing localization, and was “very impacted by the closure of the movie theaters globally,” Howorth said.

With theaters shuttered, SDI’s customers may not be marketing new movie releases, but they are now experimenting with “different distribution [channels] focused on home entertainment and going direct to streaming,” Howorth added, which has “opened up new opportunities.”

When the dubbing supply chain was disrupted as a result of studio closures, Howorth said they put in place a remote dubbing solution to enable some key dubbing projects to continue for customers.

With remote dubbing, he said, “we quickly realized it was much more about the talent pool than it was about the technology,” adding that they were “pleasantly surprised by how many actors and directors were already equipped for home recording,” when they began to source suitable talent.

Commenting on the existence of other remote dubbing solutions, Howorth said that “our competitors all have different and good solutions and there are pros and cons to each of them.” He also believes that, over the next 12 months, “there will be a convergence of the feature sets on each vendor’s solutions to provide largely similar capabilities.”

Some technical challenges with bandwidth persist, Howorth said; “Over time, that should be less of a problem, but in many countries it is still suboptimal.” He also identified some noticeable benefits to remote dubbing, for example in “addressing issues like dropped lines, such that the actor doesn’t have to return to the studio to do their small bit of recording.”

Remote dubbing may well become a permanent fixture for SDI post-pandemic. For one thing, Howorth said, many dubbing artists prefer to work remotely. And, “now that we are past the emergency, we are looking at how we might augment that technology to make it even more versatile in the future,” he said.

All of SDI’s dubbing studios have now reopened, with the exception of the Philippines, Howorth said, while subtitling and PPC continue to operate from home.

With SDI’s headquarters being located in California, the media localizer is naturally attuned to the goings-on in Hollywood, which for now is not much: “We are currently seeing the impact of Hollywood’s lack of new production over the last four months,” Howorth said, and “the next few months will be very challenging as we wait for Hollywood to create new content.”

“We are currently seeing the impact of Hollywood’s lack of new production over the last four months” — Mark Howorth, CEO, SDI Media

In his view, the restart of episodic content is more important for media localizers than theatrical releases “and we anxiously await the restart of television production,” Howorth said.

He added that “it was especially frustrating to see that California was leading the US in terms of response to Covid, but unfortunately the mixed messages from our national leaders, the desire to reopen small businesses and the lack of social distancing compliance led to a resurgence of Covid in June and July. That only further delayed the start of production. The entertainment industry will disproportionately pay the price of the US Covid surge.”

Thankfully, there are already signs of production resuming both in Hollywood and elsewhere, Howorth confirmed, and “we now just need to wait for the new content to move through the supply chain.”

In his estimation, “it will likely take four months for the supply chain to get refilled,” given that it takes six to eight weeks to complete a dubbing project and two to three weeks to complete a subtitling project, but that neither process can begin until customers provide near-final materials.

Howorth said he is hoping that volumes return to normal levels by November 2020, “but it is still hard to predict.”

PREV: Should I Choose a Proxy or CMS Integration for Website Translation?

NEXT: Now We Know Why Apple Stepped Up Machine Translation Research